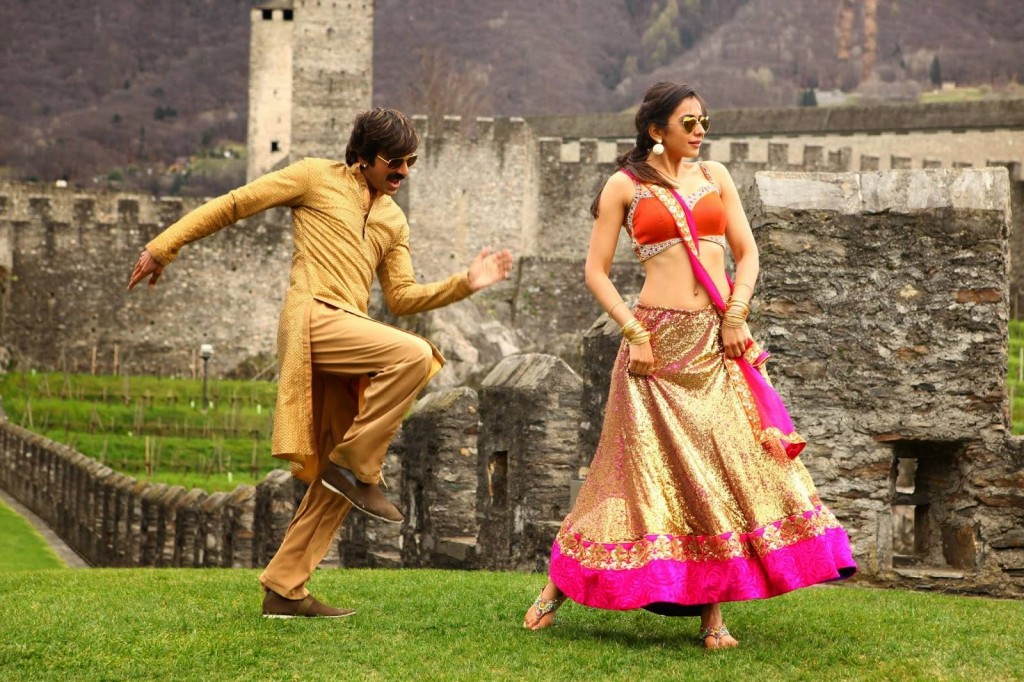 Ravi Teja’s Kick 2 starts off like a kiss on the cheek with a super entertaining first half, but then turns into a kick on the butt for the audience with a chaotic second half.

Director Surender Reddy is known for creating quirky protagonists who are eccentric in every way (Kick, Race Gurram). In Kick 2, he continues the trend and creates an amusing and endearing character called Robin Hood (Ravi Teja, playing the son of original Kickgadu Kalyan from Kick) to centre the film around. For Robin, life begins and ends with the ‘comfort factor.’ So much that he claims he got himself delivered when he was seven months in his mom’s tummy and did not wait for the full term as it wasn’t comfortable for him there. He has no emotions, love or sentiment for anyone. Unless and until something affects his comfort, he won’t budge, even if a murder happens right in front of his eyes.  If it’s your problem, you solve it is his credo. In short, he is a selfish yet lovable jerk. Dr Robin Hood becomes a doctor so that he can treat himself whenever he needs, comfortably!

Robin’s story begins when he comes to India to settle some property matters, but gets hit in an accident caused by the arrogant baddie Jadcharla Balram. He beats the hell out of him to seek an apology and that’s when a man in the crowd decides that Robin’s badass arrogance and competence can be used to rescue his own village Vilaspur, somewhere in Bihar, from the clutches of the evil Thakur. Thakur is your stereotypical don who rapes women, kidnaps children, drugs hapless young men and turns them into killer machines. Meanwhile a girl from the village – an aspiring scriptwriter no less (!), Chaitra (Rakul Preet Singh) – makes Robin fall in love with her and manipulates the scenes in such a way that he comes searching for her all the way to Vilaspur. The villagers celebrate their first victory of roping in Robin Hood to their village. The villagers don’t even know Telugu but learn it for Robin’s sake and give him the comforts of city life while provoking him against Thakur. But how Vilaspur manages to pit Robin and Thakur against each other and how Robin triumphs at the end form the rest of the movie.

As is the norm, there is no looking for logic in mainstream Telugu cinema. So we set aside any pretensions to try and enjoy the mad hatter’s antics and ‘visesh tippanis’ about life and comfort, while having a laugh or two at the comedy scenes between Robin as the tenant and the Pandit (Brahmanandam) as the house owner.

While the first half is good fun, Kick 2 derails after Robin Hood sets foot in the arid and poverty-stricken village. The entire village seems to be the work of mediocre computer graphics and it does show up on screen. The villagers attempts to provoke Robin are hilarious at times but mainly plain stupid most other times. It’s only the last ten minutes where  some rousing dialogue and well-executed stunts somewhat give the movie a watchable tag!

Ravi Teja is in his element and in Tollywood, only he can play such characters with total elan. His superfast dialogues with arrogance and attitude oozing out of them is exactly what his fans crave for and they would be more than satisfied. Rakul Preet Singh has an equal footing and shows some serious spunk, especially in the scene where she has to deal with  eve teasers in a bar. Brahmanandam is his usual self and outdoes himself with a silly tabla-beat on his bald pate every time he is happy or confused. Ravi Kishen has a short, but impactful character as the bad boy, almost an extension of his character in Race Gurram.

On the flip side, the movie is replete with too many disturbing scenes. At a time when audience are slamming even ads that show women in a demeaning way, there is an entire scene where the don’s son rapes a girl in public to prove his manhood. What the hell was the censor board doing here? Also, there are several stunts where the human body is treated like a piece of wet clay – in Srimanthudu recently and now here as well. In an attempt to show macho heroism, the hero is made to rip off hands and legs, pull out tongues, and bite off ears. And although we have got pretty immunized towards item songs featuring women in vulgar outfits and men ogling at her body parts, the title song still makes you cringe. The same number with a better set and outfits could have gone to become a popular, peppy party number. S Thaman’s music is adequate.

On the whole, a kitschy second half with an overdose of sentiment and violence mars the entertainment value and comfort factor of Kick 2.  Overall, in its best moments, it’s worth a handshake from the audience, but not the pat on its back it hoped for.